Sports Are 90% Mental and 10% Physical, But How Do You Improve Your Mental Game?

Many of us have heard that saying that sports are 90% mental and 10% physical. There is much debate on this topic and no one knows what the exact numbers are (they probably differ for every athlete and every sport), but there is a direct relationship between success in a certain sport and one’s physical abilities and mental aptitude for that sport. Many sports require different physical skills and attributes as well as different mental approaches based on the score, time, and situation in the game. However, an overwhelming number of players and coaches are guilty of belittling the importance of the mental state and development of an athlete. Many spend 100% of their efforts on improving physical skills and 0% of their time developing the mental side of their game. In this bog post, we will take your game to the Next Level by helping progress your mental aptitude for the game you love.

Be a student of the game. Seek to find out all the information you can about your sport. Understand where the game has come from and gain an idea for where it is now and where it is going. Watch old games on YouTube, DVR games on TV, and keep learning. When I was younger, I collected basketball cards. I had everyone’s card from old Pistol Pete’s to Jordan and a whole collection of Shaq rookie cards. I memorized the stats of countless players and then would watch those players who were great at one thing and try to take little nuances form their games and implement them in mine. With the technology available to us today, it is so easy to go on YouTube or record a game on your DVR and break down professional players and learn their moves and begin to understand in-depth game strategies.

Film yourself. Watching film of yourself or your child can be a very eye opening experience. When I was coaching at the D-1 and varsity levels, it was amazing how my perception of how we played changed when I watched film. I would think we played hard and well and then I would watch film and see all the different areas we could improve. It is so easy to understand how to improve once you are able to see your areas of weakness. Friends, players, coaches can all lie to you, film does not! In my personal workouts, I will often film a player’s shooting form, footwork, and even body language and then immediately review it with them so they understand the adjustment they need to make. Many times when a player is being told to correct the same thing over and over by a coach, they do not understand what they are doing wrong until they see themselves do it wrong on film.

Practice Time and Situation. When I was younger, my brother and I would often imagine we were playing in Game 7 of the NBA Finals and would count down from 3 and shoot the game winning shot. While that may not have been the most efficient technique for developing mental toughness, it did make me want to shoot that game winning shot whenever I stepped on the floor. As a high school coach, we would often find ourselves in a 5 point game during the final two minutes of the game. In order to improve our decision making, we would end each practice with 3, 2 minute scrimmages in which each team would be up 5, down 5, or tied. Over time, we became very comfortable in these late game situations and our decision making improved. When I work players out, I will often set up drills where they have to hit a certain number of shots in a given amount of time. Not only does this improve their sense of urgency, but it builds mental toughness because players do not have time to worry about past mistakes. They practice playing with stress and understand quickly that their most important shot or play is always the next one.

Improving one’s mental aptitude can turn a good player into a great one or allow less athletic players to compete with players that are bigger, stronger, and faster. At our Next Level Sports Camp in July, we will utilize drills and coaching techniques to boost each camper’s game IQ and take their game to the Next Level! Use the promo code “SuperBowl2017” to save $20 on camp admission today! This offer expires 2/6/17. We hope to see you at camp! 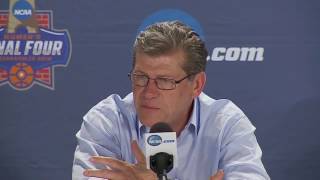